U of M Grizzly Sports 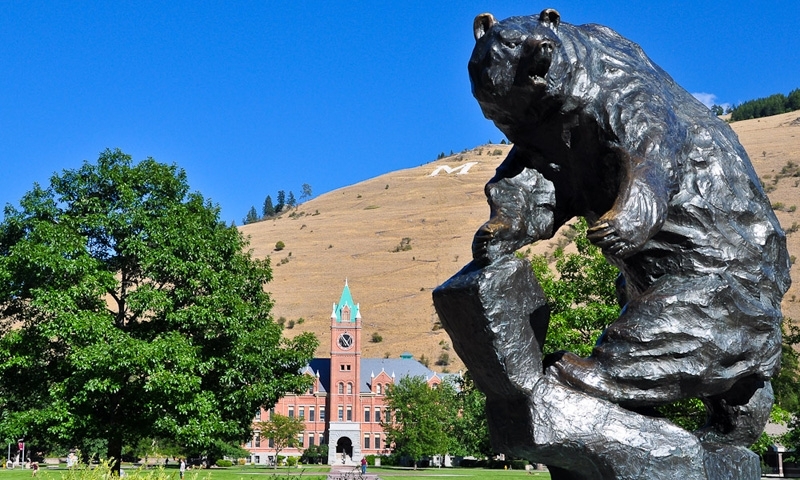 If you’re a fan of the Montana Grizzlies or simply a fan of exciting men’s and women’s collegiate sports, attend a U of M game during your next Missoula visit.

Dostal Photography is here to help you get the photographs you dream about. Corey will help keep you and your wedding day relaxed and enjoyable.

Grizzly Pool - on the Univ of Montana campus

Campus and community pool. We offer swim lessons, lap swim, all types of certifications, and a diving board.

Cheer on one of many University of Montana men’s and women’s athletic teams while you’re in Missoula. Grizzly athletic highlights include stellar performances by the football team whose winning percentage is a whopping 88%. See the women excel on the volleyball court and soccer field. The cross-country and track and field teams are packed with athletic talent as well as the golf, tennis and basketball teams.

Missoula Grizzly athletic events take place at a variety of locations throughout the U of M campus.

To reach the campus from I-90, take exit 105 for Van Buren St and head south. Parking areas are in various locations.

Regular season sporting events happen throughout the course of the school year; camps and scrimmages are often played during the summer.

During autumn, catch a volleyball or tennis match, football or soccer game, cross country meet, or golf event. During winter, cheer on the U of M Grizzly basketball teams, and in spring see a track and field competition.

You can purchase U of M Grizzly sporting event tickets by called the box office at 406-243-4051 or booking them online through the Griz Tix website: http://www.umt.edu/griztix/

Catch the University of Montana Grizzlies playing the following: