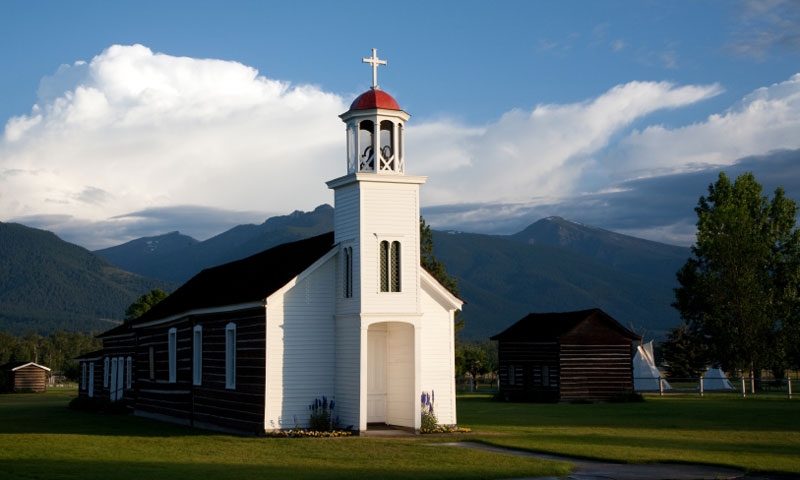 A decidedly Western town, Missoula, Montana has served as everything from a Native American battleground to the hometown of America's first Congresswoman. The history of Missoula is bespeckled with rich gems, such as its place in the legacy of Lewis and Clark to its modern position as a commercial center for western Montana.

Before European settlers moved into the region, Missoula was inhabited by the Salish, Pend d'Oreille, and Kootenai tribes. In the Salish tongue, Missoula was known as "Nemissoolatakoo," which roughly translates into "river of surprise or ambush." It was named accordingly because the narrow valleys of the area were often used for bloody intertribal warfare.

In 1805, legendary American explorers Meriwether Lewis and William Clark, along with their entourage, passed through what is now Missoula. Lewis has been credited with introducing the rest of the United States with the region's most famous botanical contribution, the bitterroot. The flower's scientific name, Lewisia, honors the renowned traveler.

Businessmen C.P. Higgens and F.L Worden established a trading market named Hellgate Village in 1860. Later, a flour mill and sawmill would be built in the vicinity, which settlers dubbed Missoula Mills. Dropping "Mills" from its name, Missoula was officially chartered in 1883 by alderman form of government. Frank Woody was elected as the town's first mayor.

Jeanette Rankin, the first woman elected to Congress, was raised in Missoula. She was elected to the legislature before women even had the right to vote. She was the only legislator to vote against both World Wars.

Today, Missoula is the home of the University of Montana and serves as the regions economic center.

The Rocky Mountain Museum of Military History holds exhibits on the U.S. armed services in Missoula.

The National Museum of Forest Service History provides a complete history of the organization that protects national forests.

The Montana Natural History Center promotes the stewardship of nature in Missoula, Montana.