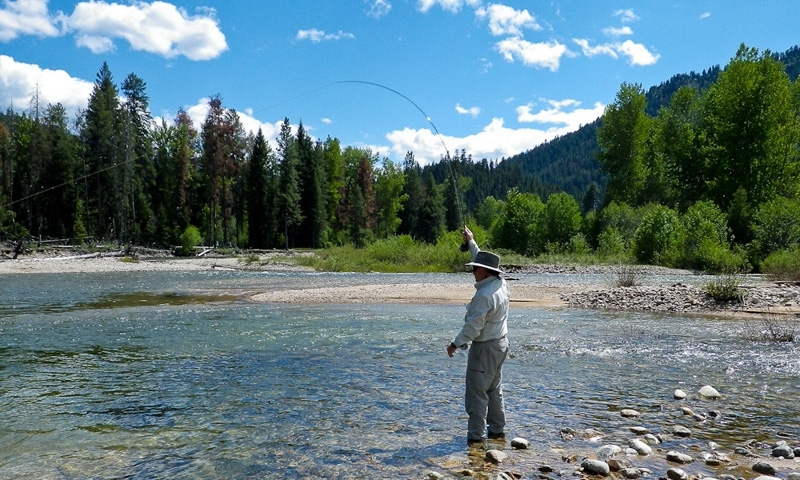 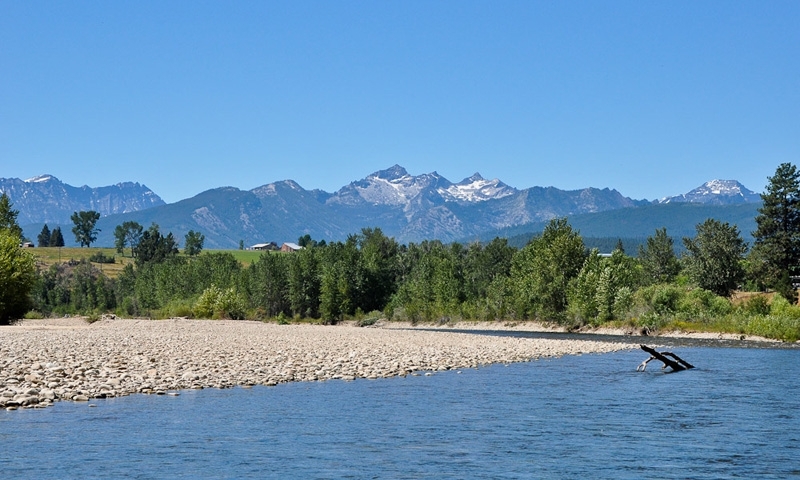 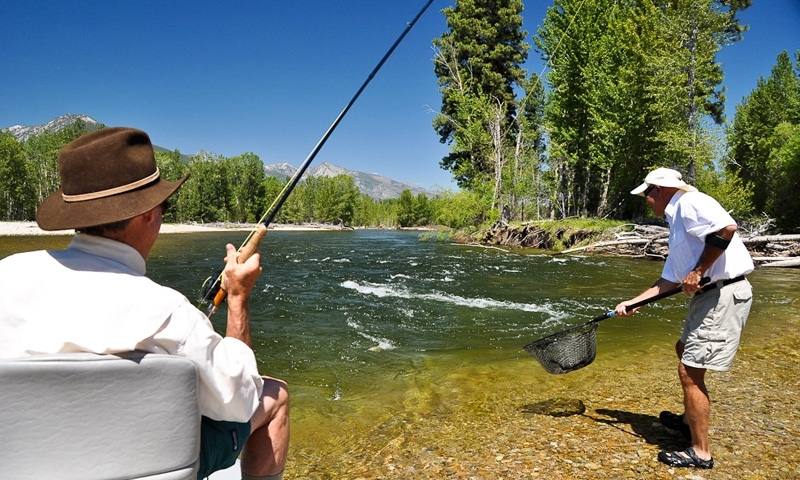 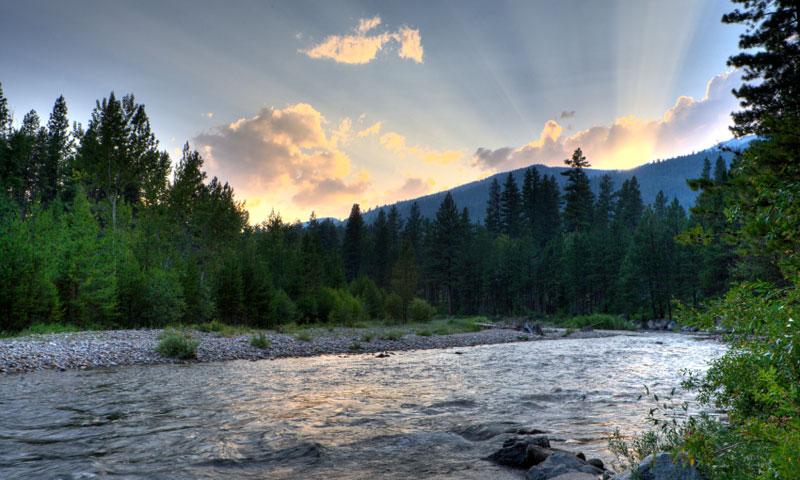 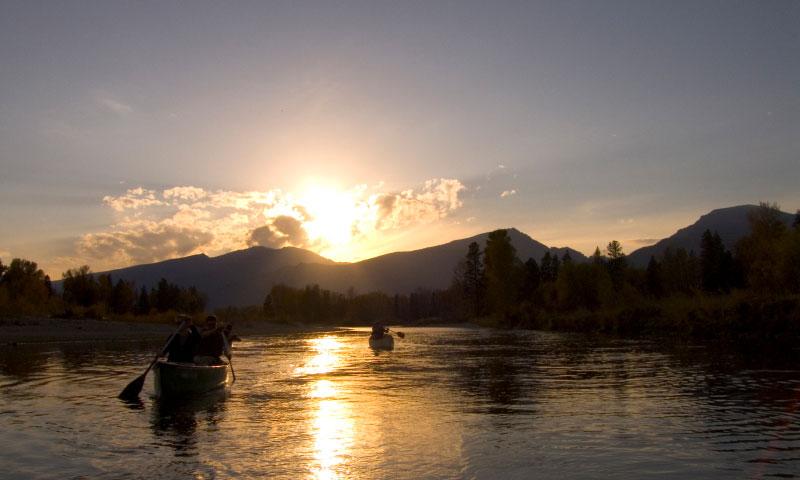 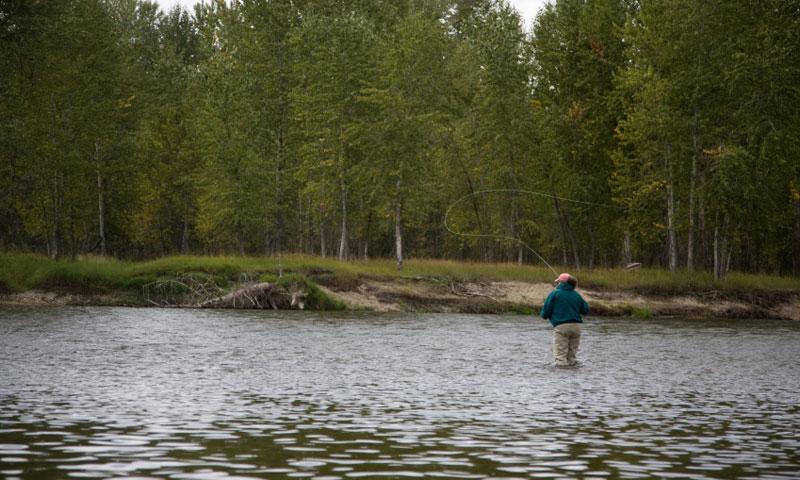 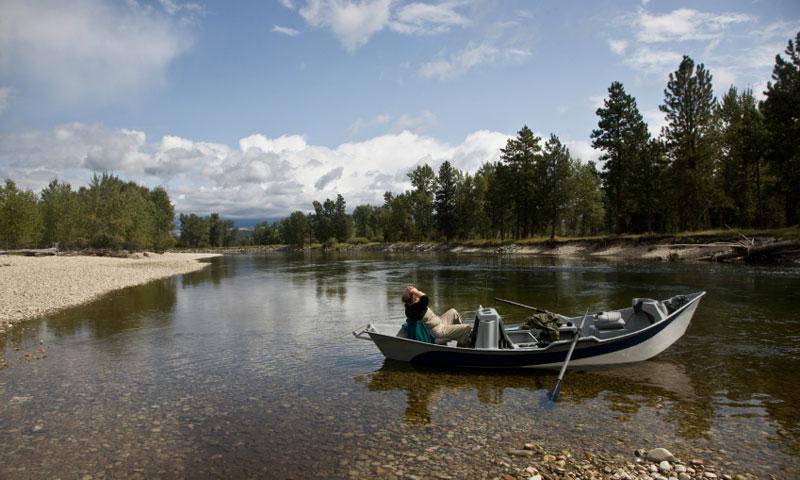 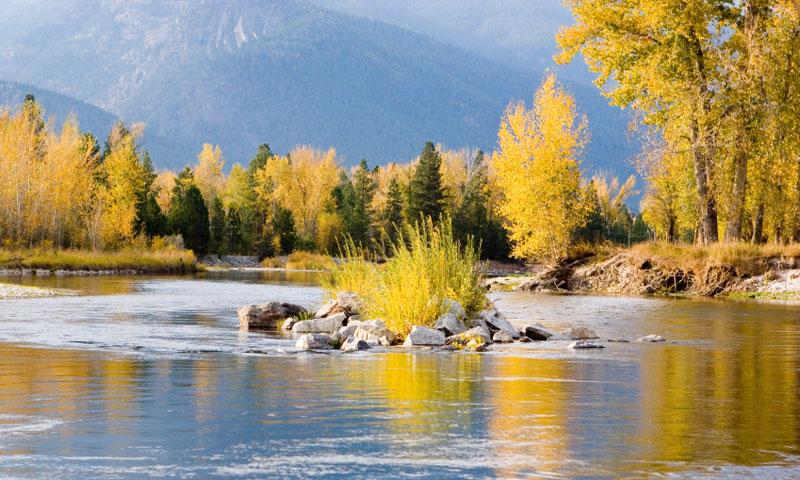 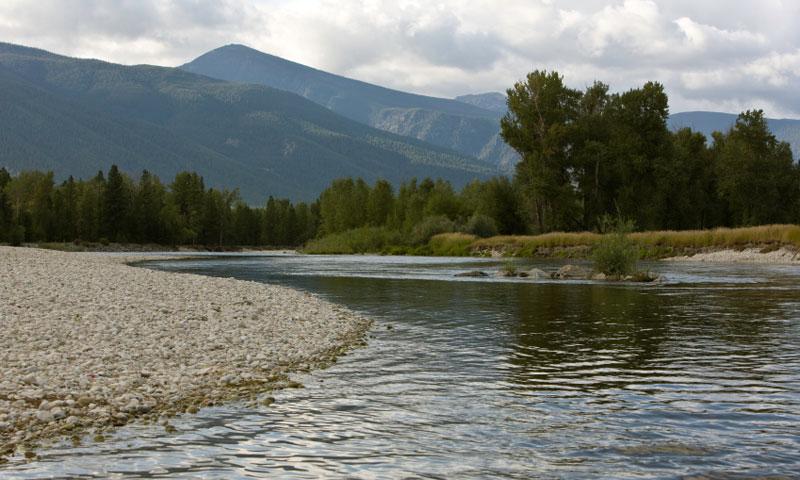 Located in western Montana, the Bitterroot River offers world-class fly fishing with unbelievably easy river access and diverse river patterns that are conducive to both wading and floating. 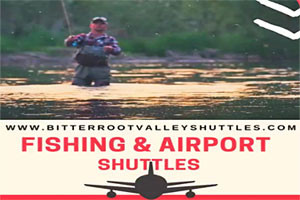 Full-service river shuttles from Hamilton to Florence for outdoor recreationalists including fishermen and scenic day floaters with rafts, kayaks or canoes.

Providing beautiful scenic river trips for all ages on the Bitterroot. A fun way to experience a true Montana family activity. Full- or 1/2-day options available.

Perfect location for corporate retreats, family reunions, getaways or anglers wanting immediate fishing. Select from Lodge B&B rooms or your own Cabin on the Pond.

The finest flyfishing on the Montana rivers ! Blackfoot River Outfitters in Missoula offers expert guidance for flyfishing fans of any level

Fly fishing experts will teach you everything you need to know about how to land the big one. Guiding on all popular rivers around Missoula.

When you are booking a fishing vacation you want to make sure you are in the thick of the action. Fly Fishing Always tours on the Bitteroot River in Montana will take you to the prime locations ensuring a satisfied fisherman every time out.

Offering quality guides, great gear, friendly and professional service, plus an online store. Buy in our store, or online, we give "2% for the Rivers".

No matter what the gear, Kingfisher Fly Shop has items for all fishing needs. View hours online and plan for your trip today!

Guided flyfishing adventures on the crisp waters of the Smith River or Clark Fork River! Montana Flyfishing Connection offers fun and expertise for all flyfishing enthusiasts.

Fly shop and expert guide service to give you the best fly fishing experience. Name brand products and secret tips and tricks.

Day trips and overnighters on the best rivers in Montana. Learn to fly fish with one of our guides. Best guides in the valley.

The Sapphire Mountains stand to the east and the Bitterroot Mountains to the west as the Bitterroot River divides the valley in between. Starting its journey west of the Continental Divide, near Connor, MT, the Bitterroot meanders north for more than 75 miles before joining the Clark Fork River near Missoula, MT. The Bitterroot offers world-class fly fishing, with easy river access, and a long fishing season.

Offering what most consider to be the best dry fly fishing in Montana, the Bitterroot River never disappoints. The Bitterroot is diverse with many braids, channels, ripples, runs, shallow gravel bars, and fallen trees that create nice undercut banks. The gentle current of the river allows for both wading and floating.

You will find an abundance of rainbow trout and smaller populations of cutthroat and brown trout, as well as mountain whitefish. Unlike most states, Montana strives to promote wild trout management in its rivers and streams versus using hatchery supplemented practices. Check the hatch, match your fly, and start casting, because the Bitterroot River is calling.

Hwy 93 mirrors almost the entire portion of the Bitterroot River, which winds its way past towns, ranches and farms. Fishing access signs can be found every five to ten miles, making river access a simple venture. You will quickly forget you are so close to civilization as you watch the river flow along the wide and sloping Bitterroot Valley and past aspen and cottonwood stands on its meandering venture north.

Weather depending, you can start fishing the Bitterroot River as early as March. Around this time, the first major hatch occurs, the Skwala or stonefly hatch. With any luck the imitation patterns will attract the fish for up to six weeks. A bullet head fly with a black egg sack and dark underwings is a good choice.

The high water during spring run-off  muddies the water for a short period, but the abundance of food, as rocks are overturned and nymphs uprooted, is great for the fish. Come late May or June, the river starts to slow its course and returns to a gentle, meandering flow. Perfect for both wading and floating.

Throughout the summer the Bitterroot offers continual dry fly fishing action. During this time there are multiple mayfly hatches. In between you will find, Pale Morning Dun, Salmon Fly, and Green Drake hatches, just to name a few. If you can't match the hatch, try using a stimulator with an attractor pattern. Given the time of year and the great fishing, expect the rivers to be busy.

By Labor Day, the tourist season starts to wind down and the river begins to empty, but the fishing is still great. This late season fishing can continue until November depending on the weather. Given the size of the October Caddis at this time, the fish will love the October Caddis #8 or #10 and Midges. You should have the river to yourself, as the tourists are gone and most of the locals have begun to embrace hunting season.

The Bitterroot River is a fabulous fishing destination, but there are a couple things to keep in mind when on the river. Being aware when wading through the river is important. During the summer, it is not uncommon to see wildlife, like moose and bears. If you do see a moose, just make sure you don't get between the cow and her calf or you may be in harms way.

Help prevent the spread of aquatic invasive species by thoroughly cleaning all gear when you move from one water body to another.

The best insight you can get about the river will come from the locals, so make sure and stop in one of the local fly shops. They will be able to help you match the hatches, recommend local fly patterns, and give you ideas on which part of the river is popping. If you aren't feeling confident about fishing on your own, hire a guide and let them set you up with everything you are going to need. 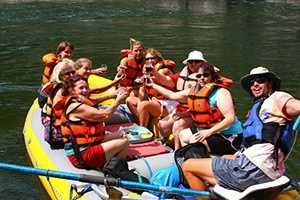 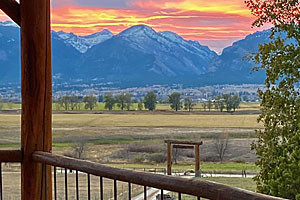 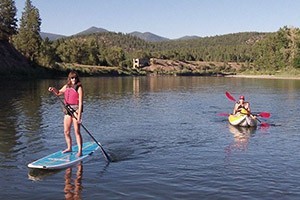